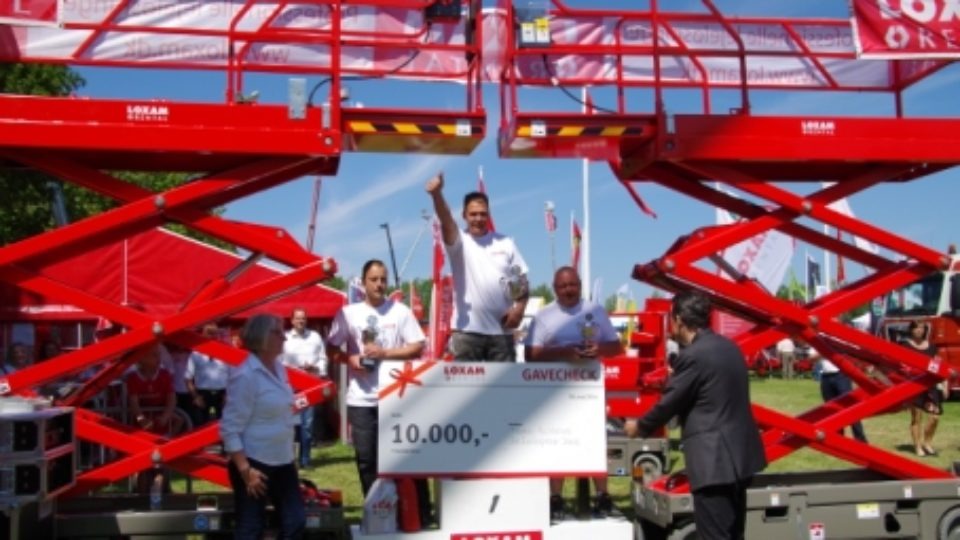 Grønbech was heavily engaged in Danish Championship in Mini Excavator 2011, 12, 13 and 14 – and we took care of event planning, texts, photos and web films as well as PR, DM-web and marketing.

LOXAM is one of the largest suppliers of rental materials for construction and building companies. What is more natural than to hold an annual Danish Championship in Mini Excavator, where machine operators can compete against each other?!

At open house events in all LOXAM departments, the preliminary rounds, where visitors can qualify for the finals are held. Qualification takes place in a mini excavator in which participants must master selected disciplines quickly and with minimum error. The best from each department wins a seat in the final battle for the title of National Champion and a well-known Danish stand-up comedian always comments on the finals.

In 2014, LOXAM’s National Championship in Mini Excavator was mentioned in more than 100 media coverages over a two month period, including industrial media, daily newspapers, weekly newspapers and electronic media.

For example, the day before the finals in 2014, “Aftenshowet” (The Evening Show) on DR TV were using the Championship and two LOXAM mini excavators in program presentation, as an evening topic and for concluding the broadcast – with a total of more than 6 minutes of prime airtime.