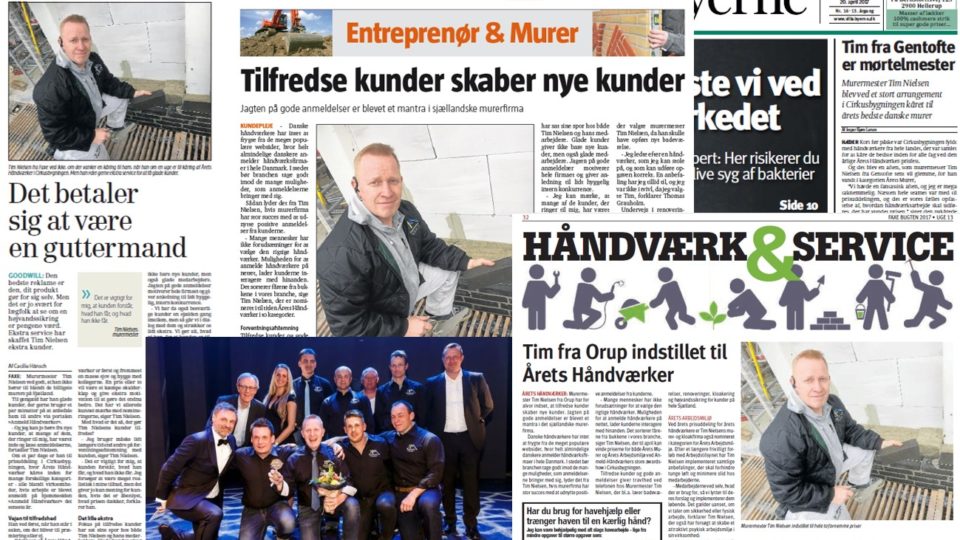 Two PR activities and 20 media coverages in professional and local medias gave full focus to the local mason, Tim Nielsen. He wanted visibility and coverage of the mason’s fine nomination and subsequent award as the Crafts and Constructions Workers Award show 2017 and award ceremony in the Copenhagen Circus Building.

Grønbech conducted a press activity with associated LinkedIn activity prior to the award ceremony, where Tim Nielsen was given the opportunity to tell about the mason’s company and its satisfactory results by focusing on good customer experiences and reviews. The first PR story was printed in three relevant local media and a professional media. In addition, the story was published on seven web medias.

Following the award ceremony, Grønbech issued a short follow-up press release, which in the following week ensured the mason’s company nine reviews – including a cover story in a major local newspaper. All relevant local medias in North and South Zealand were printing one or more stories about the mason – who works with projects and customers in North and South Zealand.