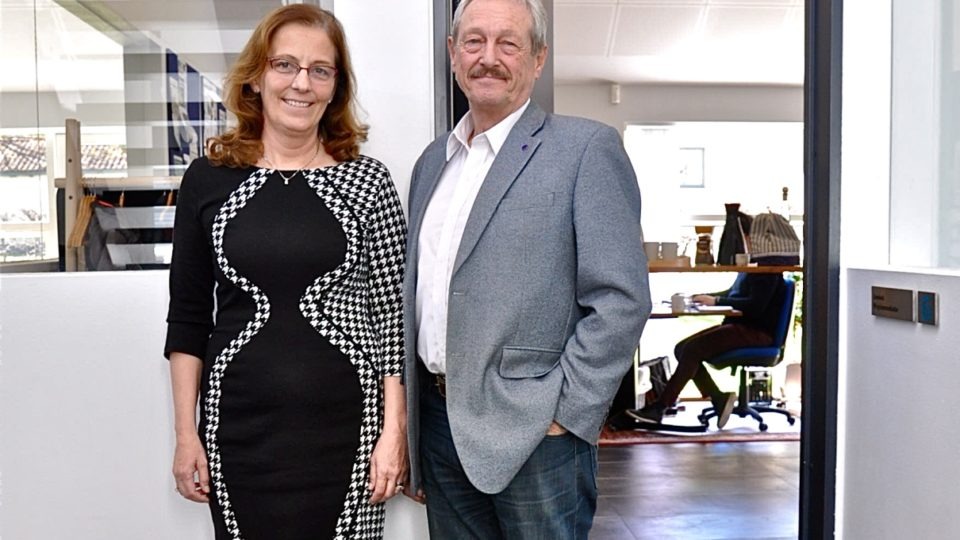 On 5th October 2017, Susanne Lindø Grønbech has been at the forefront of the PR and communications agency Grønbech ApS in Dragør for 10 years. Susanne is the director of the agency, which she runs with her spouse, Karl Erik Grønbech.

They base their leadership on Grønbech’s three values, which are also their own values: Every day should be a good day. We want to make a difference. We need to learn something new. With that in mind, they run the agency, which currently employs 10 people and has about 50 active customers within the construction industry, real estates, the welfare tech industry, education and much more.

Susanne is in the early 50’s, and Karl Erik is in the early 70’s. Susanne has previously been communications manager in Keops A/S, Per Aarsleff A/S, OK Amba, Midtkraft and Pharmacia.

She had never given it a thought, that she should be self-employed. It was Karl Erik who, with a background in the retail industry and for many years as self-employed, got the idea that they should start a communications agency specializing in knowledge-intensive and niche-oriented industries which have always been the common denominator of Susan’s career.

On 5th October 2007, they established the Grønbech agency in their private home in Dragør. Eight months later, they moved with six employees into an office in Strandgade at Christianshavn. Together, they experienced the financial crisis, which in 2010 caused the couple to protect the economy and relocate the office to the private address in Dragør again. Here more and more employees joined the agency.

In the past five years, Grønbech has had an annual growth rate of between 25 and 40 percent, and the agency is doing better than ever before. In October last year, Grønbech together with the employees moved to new surroundings in a business area in Dragør, just a few kilometres from the private villa in Søvang.

Susanne is director and communications adviser, while Karl Erik as chief financial officer holds the agency’s expenses in a firm iron grip. The agency has secured the country’s highest credit rating over the past three years and is among the few percent of Denmark’s companies that meet the requirements of AAA rating.

At an open house arrangement on Friday 6th of October, Grønbech’s celebrates their 10th anniversary in the agency together with employees, customers, neighbours, business partners and friends of the house. For Susanne, it’s also a jubilee in the job that most of her waking hours are invested in. This also applies when Karl Erik and Susanne are on a summer cruise in their sailboat. Even on the boat, they get the job done and support the employees with everything from budgets to specific customer tasks.

The partnership also continues outside of the agency, where they are both involved in Dragør Erhverv and other volunteering. The couple always has new projects in place, that they run together. For example, their common love for Vietnam has led them to a pepper adventure. They have established the agency Greenspice, selling gourmet pepper in Denmark from the paradise island Phu Quoc.