Grønbech has helped Grathwol tell their story to support their sales campaign for infectious clinical waste packaging. The result, according to the team at the Karlslunde packaging wholesaler, is overwhelming: website traffic has increased from 2,800 to 32,000 visitors per month. And during the campaign, Grathwol’s packaging consultant, Kasper Rasmussen, had twice as many customer meetings as expected.

Grathwol are specialists in packaging solutions for many purposes. One of the areas Grathwol has long been involved in is packaging for infectious clinical waste. At the beginning of 2022, Grathwol ran a targeted sales campaign for the yellow bins intended for this type of waste.

“Clinical infectious waste is an area with complex legislation and many different needs. You need to have the right skills to advise and have a dialogue with your customers. We’re experts in how to use these yellow bins, and we want to make more people aware of it”, says Michael Sjolte, Grathwol’s Managing Director. He adds:

“We decided to bore down into the market and zoom in on these very specific products. That way our years of experience and know-how can come into play. We want to be more visible digitally and more proactive in our sales and marketing.”
KL Marketing was booked to call relevant customer prospects and book meetings. At the same time, the company started working with Grønbech to tell the story of Kasper Rasmussen and the yellow bins.

From product marketing to storytelling and branding

It can be hard for a sales-oriented company to work with storytelling and strategic marketing:

“There’s a pressure to be visible on digital platforms. It often ends up with thinking in terms of quantity rather than quality. We agree that we need to put up a post on LinkedIn every week, but really it’s just a sales text and a picture of our product,” says Michael Sjolte.

At Grønbech, the Grathwols team was introduced to storytelling. The marketing campaign was built around a portrait of Kasper Rasmussen, who is responsible for sales of the clinical risk waste packaging. This approach fits hand in glove with Grathwol’s desire for a different and more proactive strategy:

“We’re usually very product-oriented in this company. But we also want to share our know-how and how passionate we are about it. After all, that’s where the real value of the company lies. That’s where we differentiate ourselves. Storytelling is a great approach. We’ve definitely reached more people by focusing on the human aspects,” adds Grathwol’s marketing assistant Julie Birkelund Petersen.

Together, Grathwol and Grønbech developed a campaign strategy that Grønbech translated into a clear marketing plan. A portrait of Kasper Rasmussen was written. It gave an insight into his deep experience and passion for working with infectious waste management. After this, Grønbech and Julie Birkelund Petersen at Grathwol ran the campaign together.

“It’s been a good process and Grønbech has been a really good partner. It was also nice to have a clear marketing plan. That meant I knew exactly when to put up the campaign posts,”, says Julie Birkelund Petersen.

A key to the success of the campaign was that Google optimisation was built into the text from the start. This straight away gave lots of hits in Google searches for “risk packaging”. Now Grathwol is among the first five results on Google searches.

The campaign’s focal point was a series of LinkedIn posts featuring Kasper Rasmussen’s story and pictures of him alongside a selection of the yellow bins. All the posts drive traffic to the website. In 2021, Grathwol had an average of 2,800 visitors per month to their website. In February 2022, there were more than 32,000 visitors to the website.

In parallel with the digital storytelling, KL Marketing called potential customers to book meetings. The campaign’s goal was to achieve five visits to leads and two orders. The status of the campaign at the beginning of March is that Kasper Rasmussen has visited nine customers. He has sent several offers and already closed one order.

“We’re very satisfied with the result so far. In addition to direct sales, we also gain much greater visibility on Google and enhance our branding. Storytelling makes us look like the professional company we are. Even just having professional pictures taken gives us a big boost for relatively little money,” says Michael Sjolte.

For Kasper Rasmussen, whose portrait was taken, the campaign went better than expected:

“I was a bit anxious about having to invest my whole personality in it, even though I’m a salesman. But I’ve had good feedback. And I can see it makes a difference. The campaign has been a surprising success and it’s reached the target audience. At the same time, it reassures the customer when they meet the real person behind the ads”, he says.

Grathwol sees a clear link between storytelling and a focus on skills and know-how:

“It was a big step for us when we decided to get professional help with storytelling and marketing. But it’s made a huge difference. The yellow bins campaign won’t be a one-off. We’re already ready for the next campaigns,” says Michael Sjolte, who feels that having Grønbech on the team makes a big difference:

“We have a very good dialogue with Grønbech. They’re great listeners and are good at cutting to the chase. Among other things, they helped us zoom in on the fact that we’re a specialist company with great know-how. Also, they know how to create visibility in the media and digitally. 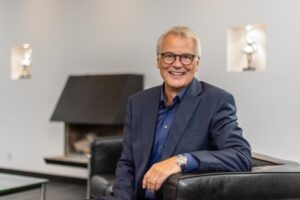 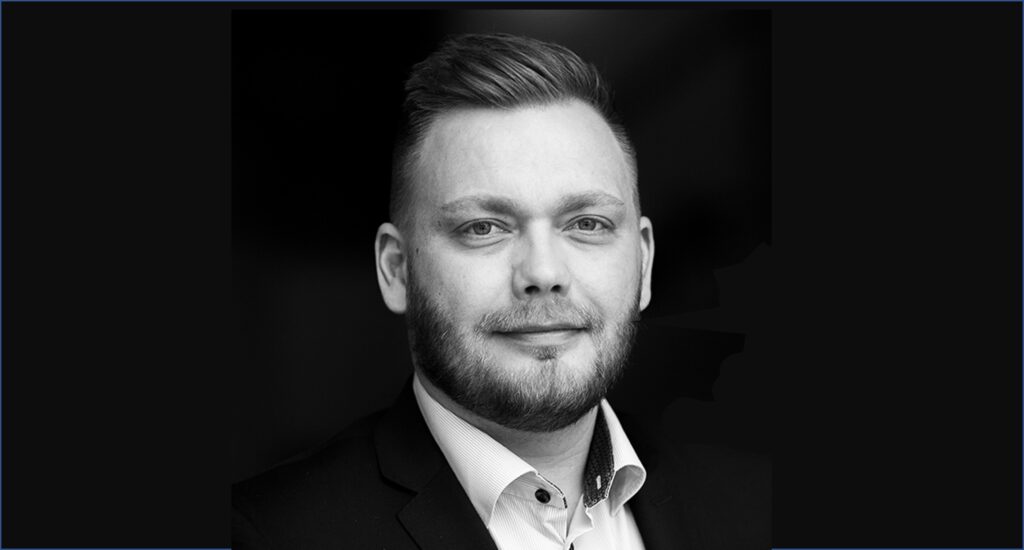 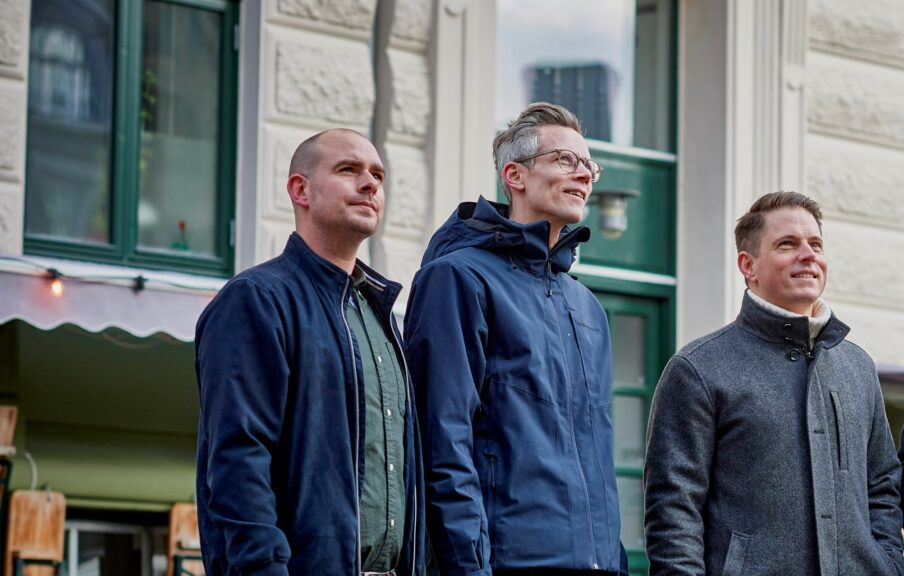 “Good stories show who we are. Storytelling helps us come into our own when our customers and partners talk about 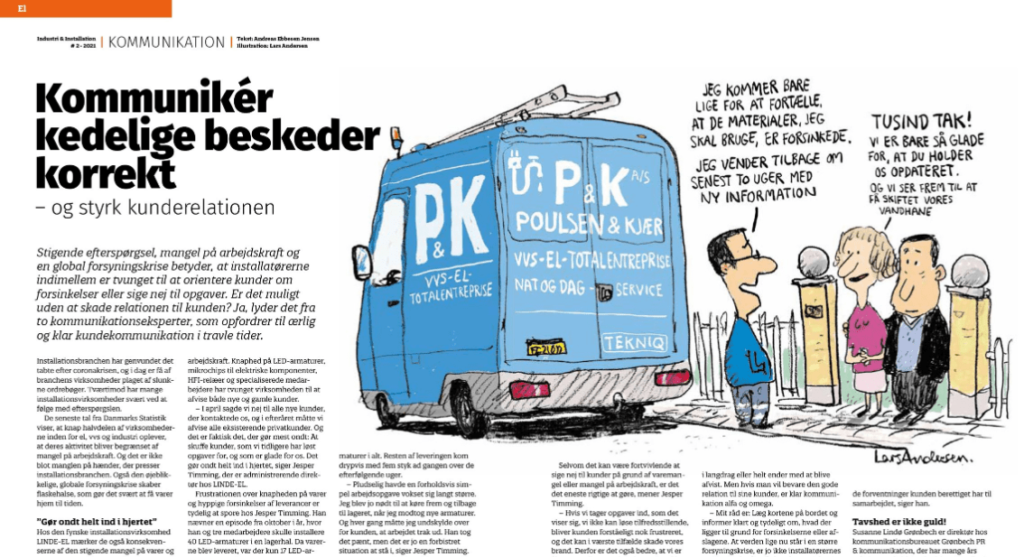 Although the messages are not positive, it pays to have good communication and dialogue with its customers. Speed ​​of construction, 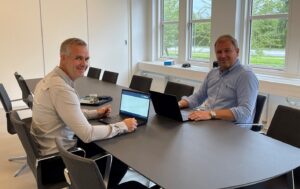 “We wanted to promote Cabcon’s brand a little more,” says CEO Brian Dehlsen about the reason for starting a collaboration

At Grønbech, we deliver business-oriented, strategic storytelling to specialist companies. In other words: We tell good stories about the companies’ 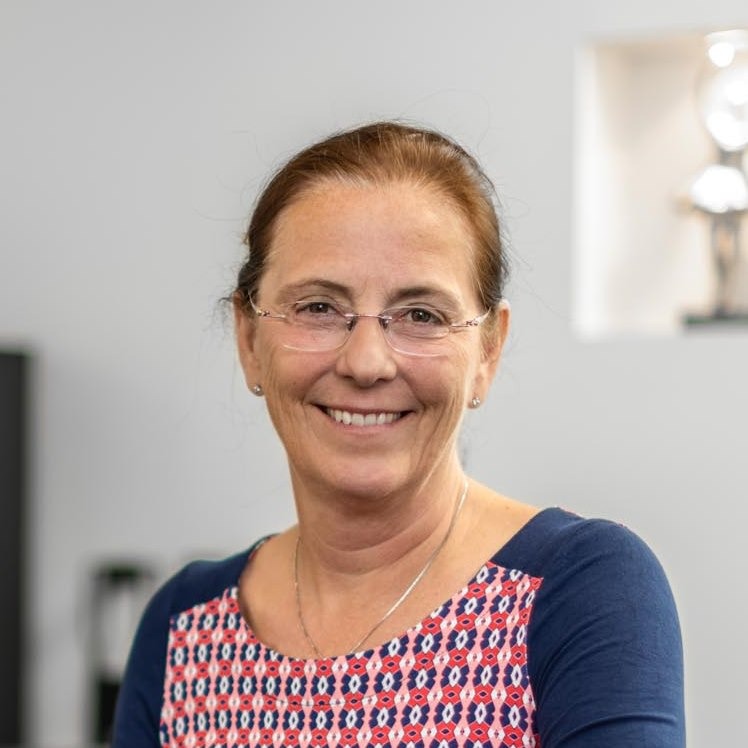 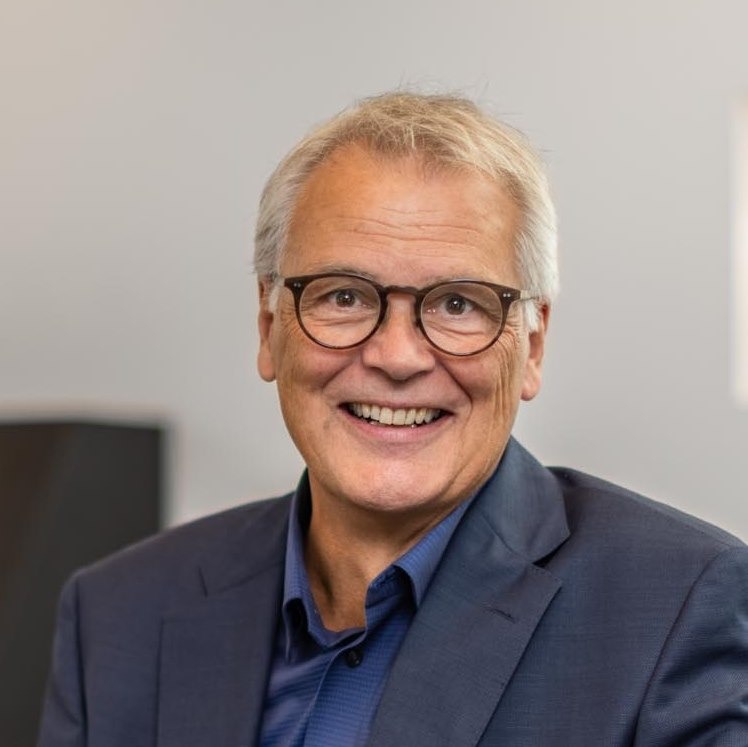 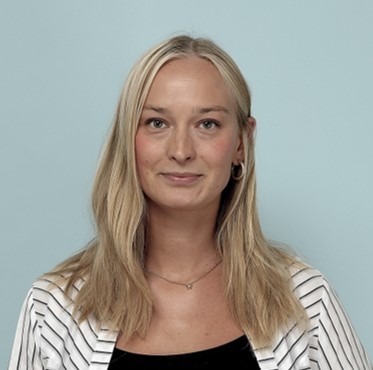 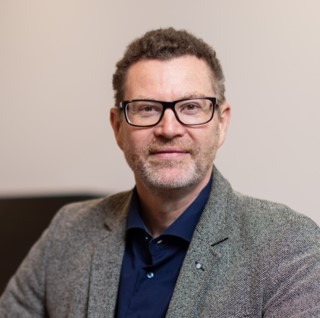 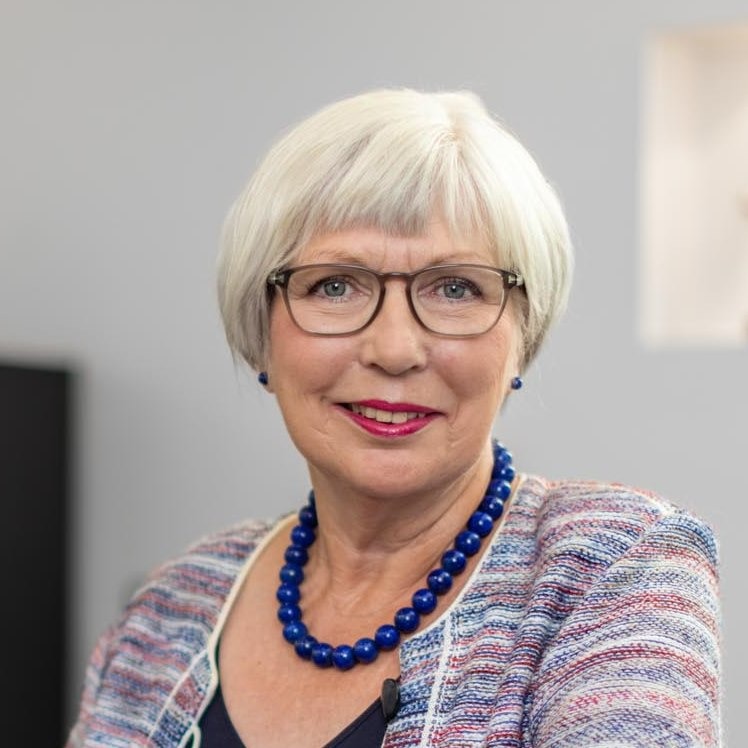 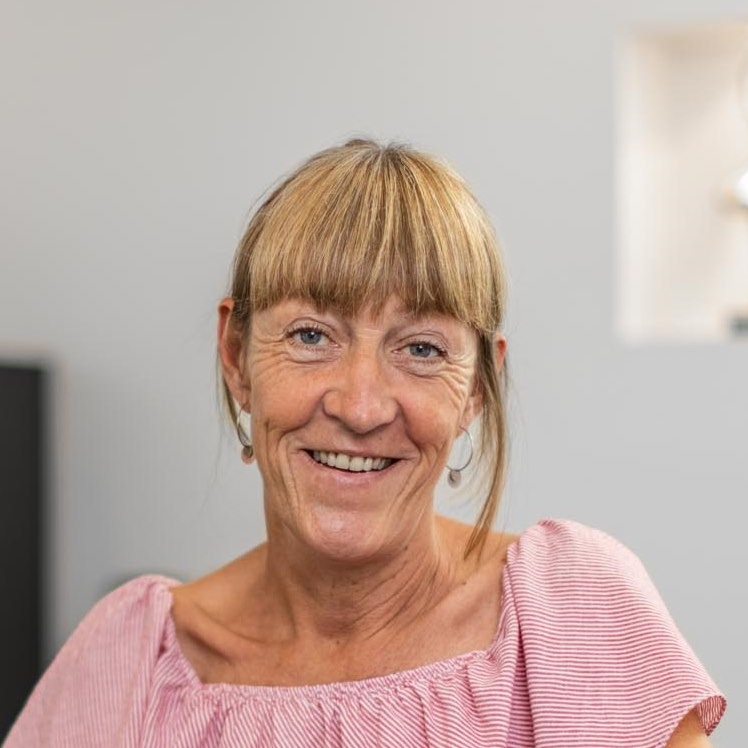 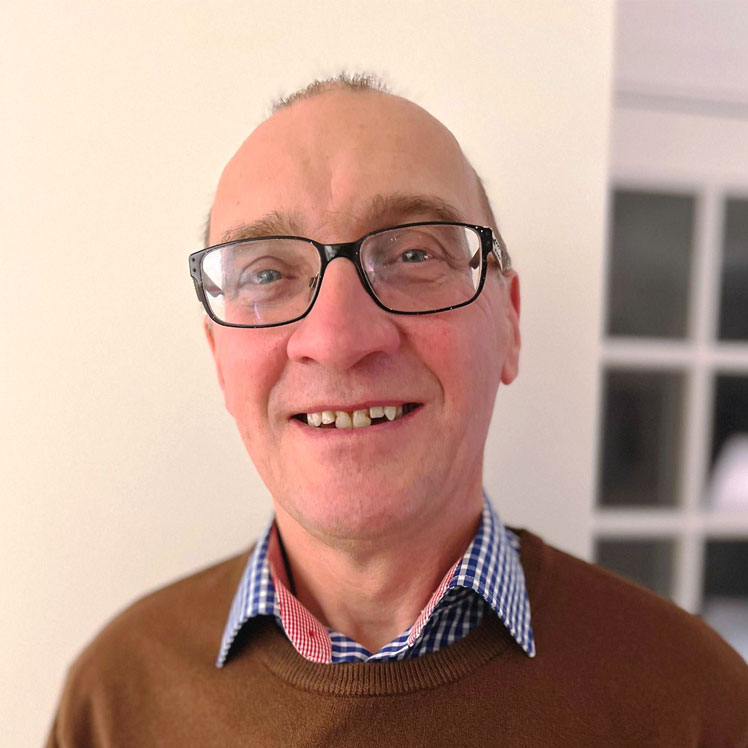